Year 2017 marks the centenary of Professor Dmitry Konstantinovich Belyaev (1917–1985), an evolutionary biologist and a full member of the Academy of Sciences of the USSR. Being a great scientist and a great man, he managed to conduct a long-term selection experiment to raise a population of silver foxes friendly to humans. Their positive attitude to humans is heritable, and it is preserved for generations. As a tribute to the memory of D. Belyaev and in honor of his centenary, a monument to him and his experiment on fox domestication is to be erected. The sculptural composition is centered by the scientist sitting on a bench and facing the object of his chief experiment, a tame fox.

The unveiling of the monument will be one more step, after the Garden of Victory and Lab Mouse Monument, in the promotion of scientific achievements and adornment of the Biological Cluster of Akademgorodok. It is no coincidence that the concept of the Monument was put forward by Andrey Kharkevich, the same artist who had created the Mouse Knitting a DNA Helix. 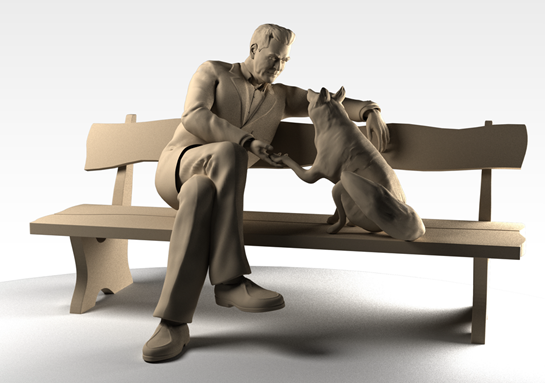 Sponsor of the Monument: the Federal Research Center Institute of Cytology and Genetics, Siberian Branch of the Russian Academy of Sciences (ICG SB RAS).

Task of the Monument: demonstration of the ethical significance of fox domestication by building a sculptural composition that should illustrate how the disconnection between humanity and wild nature is bridged.

Unveiling date: August 7, 2017, the first day of the International Conference “Belyaev Readings”, which is also dedicated to the centenary of Professor, Academician D.K. Belyaev.

Materials: the figures and bench: bronze, the pedestal and circus: granite.

The author of the artistic concept: Andrey Vladimirovich Kharkevich, Novosibirsk. Graduated from the Institute of Arts, Novosibirsk State Pedagogical University, in 2009. Since 1998, he has been working at ICG SB RAS as a designer. Since 2005, the designer of the magazine “Fist Hand Science”. Author of the Lab Mouse Monument “Mouse Knitting a DNA Helix” (see here) erected in Novosibirsk Akademgorodok in 2013. Awarded the Golden Mouse Prize (the city of Myshkin, 2014).

Sculptor: Konstantin Melatdinovich Zinich, Krasnoyarsk. In 1983, graduated from the Kungur art school. In 1985–1993, attended the Art Department of the Krasnoyarsk Institute of Arts. In 1993–1998, worked in creative workshops of the Russian Academy of Arts. Since 1998, free lance. His best known projects are: the memorial to Siberian soldiers at the Volokolamsk Highway, Moscow; the Adam and Eve sculpture, Krasnoyarsk; the monument to V.P. Astaf’ev, Yeniseisk, commemorative plaques to M.S. Godenko  and I. Rozhdestvenskiy; the Siberian Rivers cascade of fountains; the sculpture of Peter and Fevronia of Murom, Abakan; and the monument to Nikolas II, Shushenskoe. Awarded a golden medal of the Exhibition of Achievements of National Economy, Moscow https://cloud.mail.ru/public/325P/uQ3WMWi6D;  http://newslab.ru/info/dossier/zinich-konstantin-melatdinovich

Monument maquette: side view of the entire composition 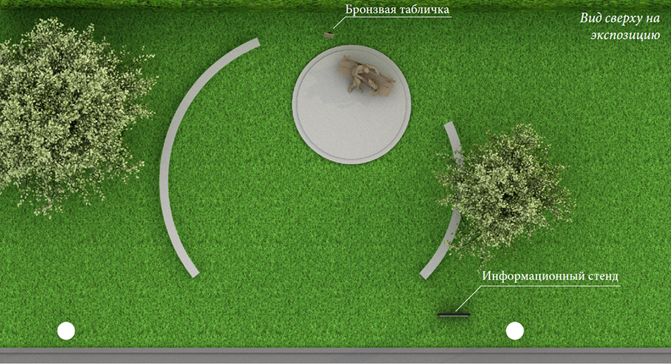 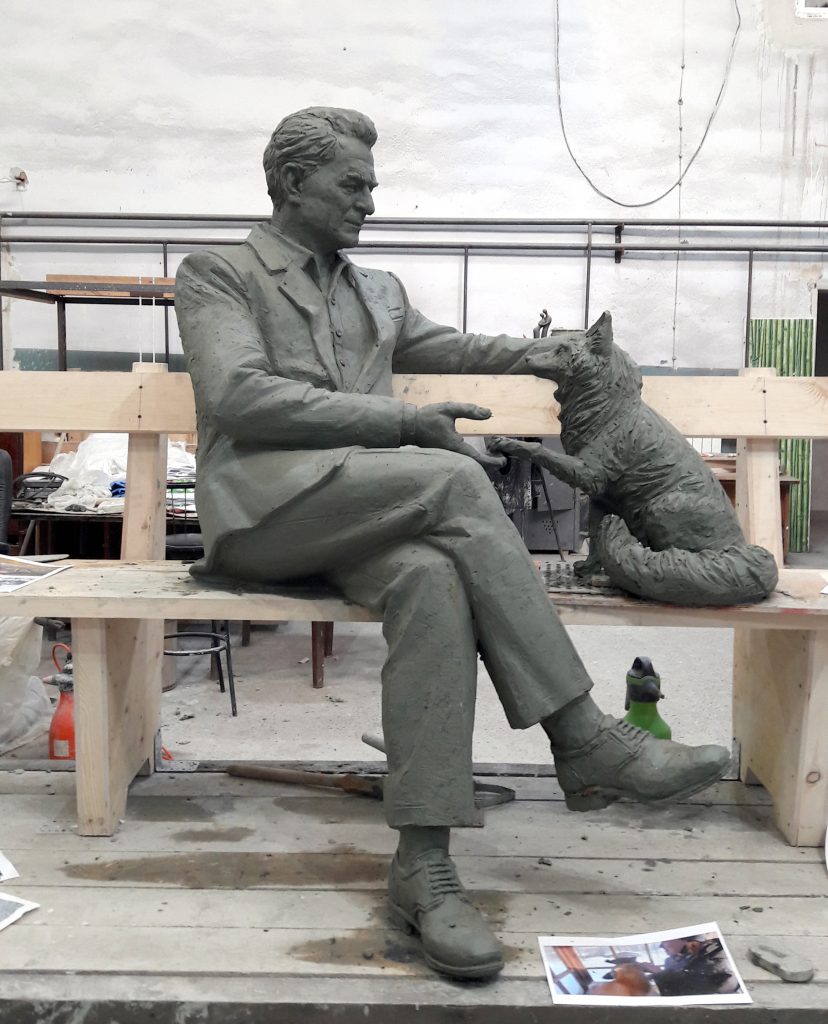